I'm happy to announce the initial release of Rudefox Burrow. There is certainly much work ahead to get it to where I want it to be in terms of features and user experience, but I'm satisfied enough with what I currently have for a release.

I apologize for the delay to those in my DMs who have been waiting patiently. It is important to me that I post my code and binaries in a self-hosted environment and this, along with some extra security checks, took some extra time to put together.

If you are anxious to dive in and get started generating an audited seed phrase using the ShowMyWork feature, see the Burrow Quick Start guide.

My custody services are available for those that are interested in my assistance in using custody tools or in designing a custody solution tailored to their individual needs. 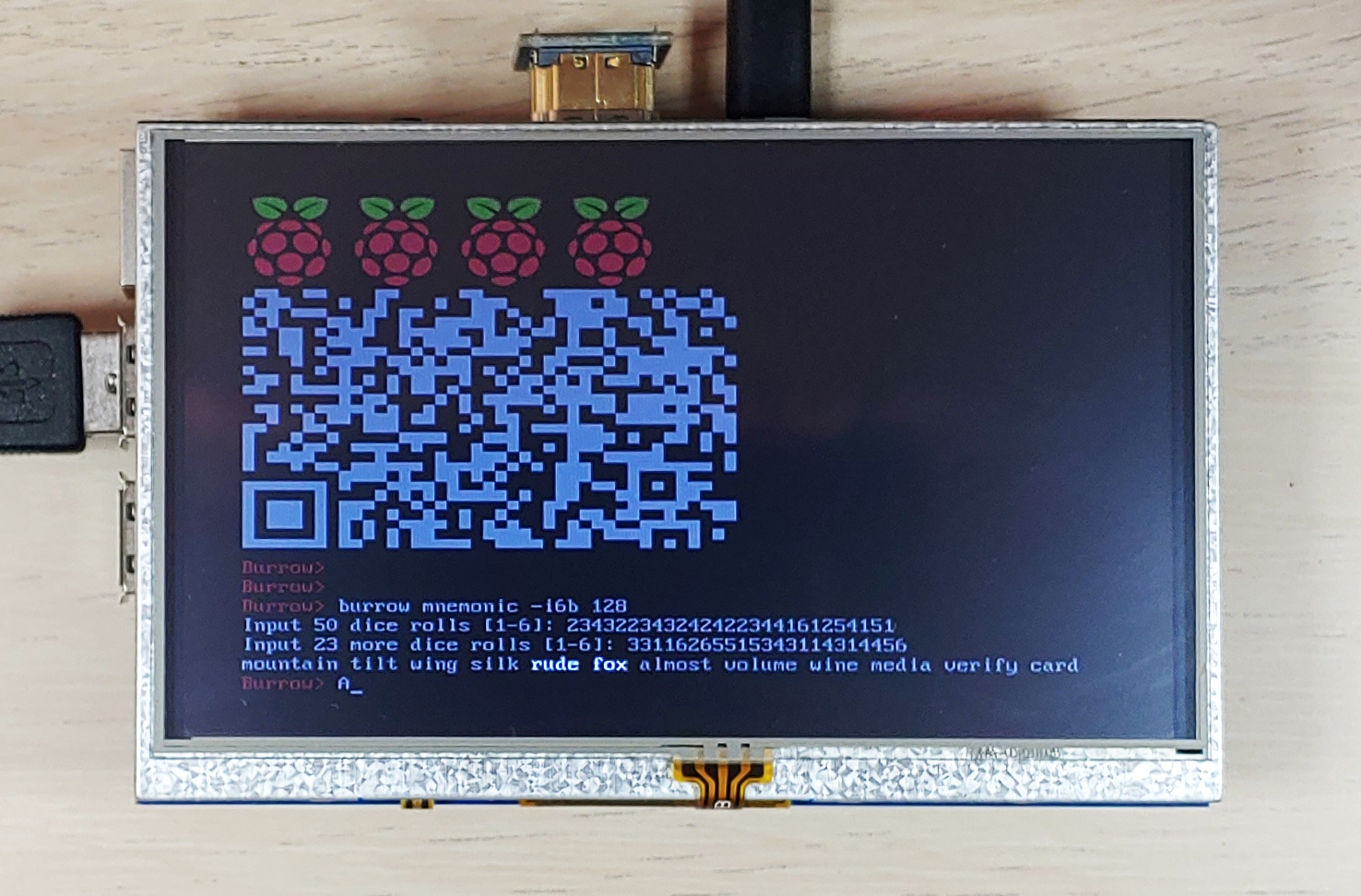 I plan to implement a slew of additional features. First and foremost is seed phrase splitting with Shamir Secret Sharing. After much deliberation, I have (reluctantly) decided against implementing SLIP-0039. This will be the topic of a future post.

I am also looking forward to implementing multi-signature features and PSBT signing over QR code.

In terms of hardware, there is also still a long way to go in terms of stripping the RPi image down to its bare-essentials. The image currently includes tons of unnecessary packages and I would ideally like to use a kernel stripped of its networking abilities. I haven't yet tested on a Raspberry Pi Zero (without networking hardware), but I think that such a setup would be optimal. What is nice about the RPi Zero is that it still includes a camera interface, even though it does not include networking hardware, which leaves the possibility of QR code scanning available.

This release (under the MIT License) includes:

The burrow project depends on the Rudefox vixen Zero-Dependency Bitcoin library (OK, yes, it does depend on the Java 8 Runtime) which I have not yet released the source code to via the Rudefox Gitea site. I do plan on making the vixen source code publicly available within the coming days… So stay tuned…